Behind the Bob: Selling hospitality in the Covid-era

Get to know Marjaliisa, a business development manager focused on the Estonian market. One thing quickly becomes apparent when chatting with Marjaliisa: when she sets her mind to something, there’s nothing that can stop her. Find out how she decided to move to the UK after high school, what she finds so alluring about hospitality, and how she found her sweet spot in sales.

Hi Marjaliisa! You’re originally from Pärnu, Estonia, but you’ve also lived abroad in the UK. How did you get interested in going there? ‍

My English teacher in primary school was a big influence on me. She was pure Estonian but just spoke the language and introduced Britain in a cool way. But later we lost touch. Then, one summer, I was talking to a family friend about how I wanted to go to university in the UK and how I loved the culture and the people, and how I was absolutely sure I was gonna love it. I told her how I always thought about my first English teacher –that she was so cool, so educated and so open. When I told my family friend her name, it turns out it was her best friend. The teacher had moved away, but she came to Pärnu every summer. She gave me her contact, and I emailed her.

I was sure I would go to the UK for university, but my teacher gave me the strength. She was a huge support for me in the beginning. She was the last push I needed at that time to be sure of myself. ‍

So how did it go in the UK?‍

I didn’t have a job or a place to live, but I just decided to pack my stuff and go. One small car full of stuff and I moved to London. I was looking for a job. I’d studied media and communications and done some summer jobs as a waitress, but I was sure that I wanted to work in a hotel reception. I applied to 50 places. London is so competitive.

I was hired two weeks later at a huge hotel chain. At that particular hotel, you needed to do reception, concierge, porter – everything. Me, being new to London, had done two walking tours before and I managed to convince them that I’m a professional and knew where to send people. I was so enthusiastic about working in a hotel, my eyes were glowing. I wanted it so much and it felt so cool. I worked there for two years.

As a small-town girl, I met different people from different cultures. I had to communicate, be respectful and make sure they all had a great experience. I couldn’t work in a company anymore with people from only one or two nationalities. I thrive when I can be a citizen of the world.

What drew you so strongly to working in hospitality?

It’s not an obvious choice from having studied media and communications. My first job in my hometown was breakfast waitressing in a small boutique hotel. I was working the restaurant side, but the hotel side fascinated me; it was like a beehive. Everyone is working for a common goal. If you look at it from afar, it’s a whole hotel, whereas housekeeping, the kitchen, reception, and maintenance are each doing their bit. Something about the mystery of when you stay in a hotel, you rarely see anyone, but everything is done and you have the perfect experience. I only worked in that boutique hotel in Pärnu for a month, but the feeling of intrigue stayed with me for years.

I didn’t realise that hospitality is where I wanted to be long-term until I came back to Estonia and started working in a hotel in Tallinn in 2017. Previously, I had wanted to be in film distribution and marketing for big movie companies. But hospitality clicked, it felt natural. I could plan my career ahead. That was a breakthrough.

So you spent plenty of time in the UK, but besides there, what has been your favourite trip?

Such a cliche, but I had just turned 19 and I went on a multi-stop trip with my mom. We flew from Tallinn to Helsinki, Madrid, New York, Miami and back. We also did a detour in Orlando to go to The Wizarding World of Harry Potter at Universal. I was like a fangirl there.

That sounds epic. Did anything unexpected happen on that trip?

We were at Universal and I’d never been on a rollercoaster before. We were in a line of lots of people and you couldn’t go back. My mom and I finally climbed into our seats and these things came down over your shoulders. I realised that this wasn’t the ride I read about: this was a proper rollercoaster. The last thing I heard from my mom was “Marjaliisa, I’m going to kill you.”

It probably lasted a few minutes, but after that, there were major trust issues between me and my mom! Neither one of us has been on a rollercoaster since. It’s funny for me – not for my mom.

Don’t make too many detailed plans. I hate when you have a schedule on a vacation. I like to have a general plan and direction, but I like to wake up in the morning and see how I’m feeling that day. I work with a calendar every single day, and when I’m holidaying, I don’t want that. ‍

Thoughts on hospitality and Bob W

How long have you been working at Bob W as a business development manager?

A year in October 2021. Another cliche, but time flies when you’re having fun.

How would you describe what you do in a few words?

I make sure that people come and stay with Bob.

How did you find this job?

I applied to be operations manager. I’d done operations in hotels before, but my previous job was in sales. The process was going really well and the more I got into it, the more I wanted to be part of Bob. The culture seemed so fresh, something new. This little company (a year ago we were so small) is changing the world. Not something you see from a 100-year-old company for example. To be at the birthplace of something new, that’s not something you get every day.

The person hiring eventually told me he already hired an ops manager, but that he wanted me to be their next business development manager. Something clicked and I realised that this is what I wanted to do; it’s what makes my eyes spark. I couldn’t see it myself, but the fact that someone else picked it out from my personality, skillset and traits and offered me this position was amazing.

What’s a typical day at Bob W look like for you?

I bridge the gap between people hearing about us and coming to stay with Bob. Most of them are businesses, and we have some amazing partners in Tallinn. It varies day by day, some days I do more actual sales stuff and others I do things that will help me in the future.

I need something unexpected to happen every day. I need at least one challenge, otherwise, I go looking for challenges. This is what drives me. I like to keep myself busy on different fronts. There’s no set way of doing things, so creativity has no limits at Bob. Something that’s very much encouraged by our founders is throwing out new ideas, bringing them to life, and, as our CEO Niko often says, “finding a method to the madness”.

What are your biggest challenges?

During corona times, it was a challenge that I couldn’t meet people. Another is finding ways to be fresh and relevant in sales and not become obsolete. For example, we as a company put emphasis on sustainability even though in Estonia, sustainability is not yet such a hot topic in hospitality. I can have a small impact by recycling in my personal life, but if my workplace and other companies are doing it, it has a bigger impact.

Do you miss seeing people?

I do meet with people as a business developer, now more than before because borders are reopening. But I also have video and regular calls. It’s not like I’m disconnected, it’s just in other ways, which is normal now. It’s cool to have a call with people from the UK, US, Helsinki and Tallinn all at the same time.

Old school sales isn’t enough nowadays. To go somewhere to have a cup of coffee and to talk about seeing a property is expensive time-wise. I now do this within a one-hour call. I present our amazing apartments to whoever wants to come, and we have 3D video tours if they don’t have time for a call with me. It’s so much quicker. That’s the key. You don’t want to wait a week for your offer. Something that I did not fully understand when I joined is that, as Niko puts it, “Time kills the deal.”

In all your time in hospitality, can you tell us the wackiest thing you’ve encountered on the job?

I think it’s really cool that we put reusable water bottles because a lot of mainstream hospitality providers put bottled water and it’s horrible for the environment.

Lastly, what’s the best part of working for Bob?

In big companies, you fit yourself to the company whereas at Bob, you can grow together.

We’re hiring Business Development Managers in multiple countries to work alongside Marjaliisa in our Growth team. As a Business Development Manager, you’ll identify sales opportunities and close B2B deals in your market. You’ll also support the Growth team's mission to drive up demand and supply growth by working with the Director of Growth and our international Growth and Operations teams. Are you up for the challenge?

Apply and see all current openings on our jobs page! 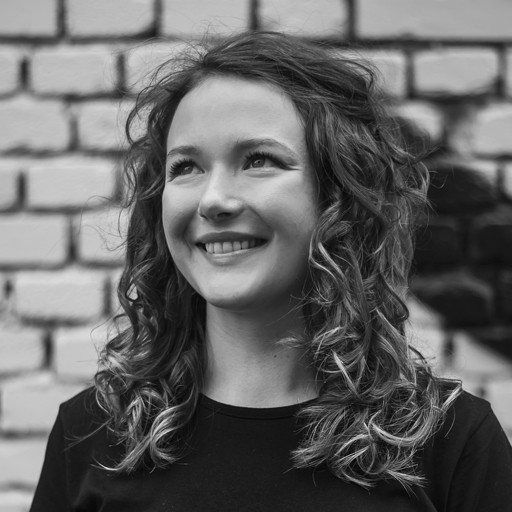 Jae Jensen
Brand Copywriter
Raised in the Pacific Northwest, I now write about travel, culture and expat life from my home base in Tallinn, Estonia.

Get all the latest articles directly in your inbox.
Thanks! You are now a part of Bob's inner circle.
Oops! Something went wrong while submitting the form.
No spam, we hate it more than you do.

Behind the Bob: Giving Every Guest a 5-Star Stay

Get Away on a Working Holiday in Tallinn